The pharmacist here in Kranevo, a Bulgarian town on the Black Sea, speaks Russian. Her clients speak to her in Bulgarian. “Sorry,” she said, noticing her mistake. “90% of my clients are Russian.”

The whole region is like this: in summer, the 1,000 inhabitants of Kranevo give in to a deluge of Russian tourists. Restaurants, bars, shops, sports facilities and hotels advertise in Russian. The language dominates the streets and the beach.

â€œRussian customers order a lot, are not very picky and tip well,â€ says Venko, a waiter at a beachside restaurant. The menus are also in Russian.

Here, Bulgaria is seen more as an extension of Russia than a foreign country. The short flight from Moscow or St. Petersburg, a common Cyrillic alphabet and similarities in the culture, religion and history of each country make Bulgaria a prime summer destination for many Russians. In fact, Russian vacationers rank Bulgaria higher than France and Italy for beach getaways, and National Geographic Traveler Russia has selected Bulgaria as the best family vacation destination.

Ice hockey in the summer heat

This includes sports and spa tourism, for which there is a major facility within sight of Kranevo beach. Hundreds of Russian children and youth spend their mornings and evenings practicing wrestling or recreational gymnastics.

Kranevo has been home to this kind of activity since the 1970s, when the village housed a large pioneer camp named in honor of Georgi Dimitrov, Bulgaria’s first communist ruler, said Ogi, the manager of a small seaside resort in the region.

It’s an eerie scene as tufts of snow blown out of the facility melt in 35-degree heat as young tourists in swimsuits wear ice skates. The arena is billed as the country’s first year-round ice rink, with 400 seats and a 50-meter swimming pool suitable for competition. 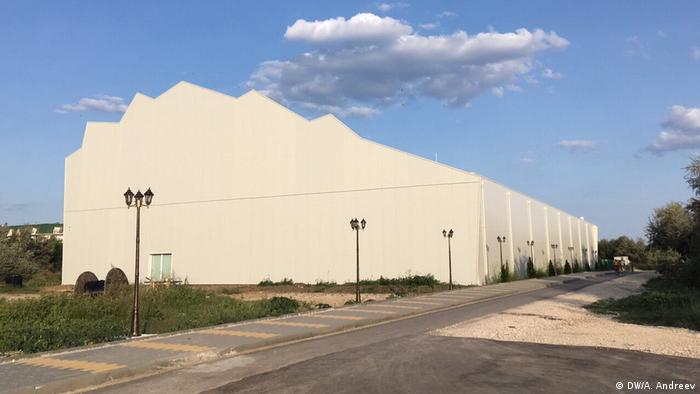 Russian money is in the mix, locals say, and wealthy Russian tourists are not the only target. “All those Russian sports associations that send their youngsters to Kranevo need suitable training options,” said a specialist who asked to be called Nikolai. “The Russian state invests a lot of money in the preparation of its future professional athletes. It is a question of prestige.”

Of the 500,000 Russians who will spend their summer vacation in Bulgaria, most are middle-class families with children and grandparents. Bulgarian pharmaceuticals, natural medicine, red wine and spirits have been popular among tourists since Soviet times. Those on the beach are more likely to hold a book under their umbrella than a smartphone.

The Russian tourist storm is a mixed blessing for the region. It is a boon for the economy, but many Bulgarians have not forgotten their country’s dark past under the â€œSoviet bootâ€. Still, the potential for a year-round boost to the economy is enough for some to look beyond this story. Tourists are friendly, said Larissa, one of the thousands of temporary workers coming from Ukraine and Moldova to help absorb the hustle and bustle of the high season.

“I would like to move to Kranevo at some point with my family,” she said.

ODESA, Ukraine – Dotted with Mediterranean-style cottages and modest low-rise houses, the winding descent to Golden Shore’s public beach could be charming – if it weren’t for the huge concrete carcass looming from ‘down. Here on the southern outskirts of Ukraine’s Black Sea port city, beachgoers grab snacks and souvenirs under the looming presence of […]

Despite the increase in Covid-19 cases in Bulgaria, its southern Black Sea coast is a safe and coronavirus-free tourist destination, results of a large-scale test have shown in the coastal city of Bourgas and its surroundings. June 25. Tomorrow, the first charter flight with tourists from Amsterdam is expected to land at Burgas airport. Today, […]